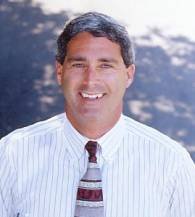 In 1993, Marc Albin started Albin Engineering Services, Inc., (AESI) an engineering placement and consulting firm located in the heart of Silicon Valley. He started with a computer, cell phone, fax machine, and less than $5000.

Marc graduated from Eastern Kentucky University in 1984 with a B.S. degree in Applied Physics, and just a couple a classes away from another B. S. in Computer Science, along with minors in Computer Electronics, and Mathematics; he was trying to build his own computer engineering degree. After working as a hardware/software engineering contractor for other firms, he applied his first-hand knowledge of the consulting industry and his entrepreneurial spirit to create a firm that could provide better service to clients (and more technical). Using very high standards. Marc has built a professional consulting/staffing firm specializing in providing engineering resources to high-tech clients. He claims passionately, that AESI is customer-service and solution provider driven. He maintains this saves them time and money.

Marc has served on many Boards and has been heavily involved with state and national staffing industry organizations, including TechServe (formerly NACCB), CATSS, NATSS, CSP, ASA, and ICSBD (Industry Council for Small Business Development).

Marc led the founding committee of Cub Scout Pack 222, of San Jose, CA. Marc held the positions of Committee Chair, Cubmaster, and Den Leader all at the same time during the five years he was involved with the Boy Scouts of America.

Marc spends a lot of his time working with his kids at CMT (Children’s Musical Theater) as an ASM (Assistant Stage Manager) for the backstage crew team.

Marc is an accomplished speaker; he has spoken at many Staffing Industry Forums and conferences, including the national COMDEX Las Vegas conference.

Marc has been going to Washington DC on numerous occasions, for several years meeting with Congress and Senators to educate them on doing business in the Silicon Valley and about the Computer Consulting/Staffing Industry. This activity lead Marc to become heavily involved in the passing of a California Senate Bill (SB88) that had a major effect on the computer consulting staffing industry. This awarded Marc with a personal meeting with President Clinton in 2000, by and with his friend U.S. Congressman Mike Honda.

Marc is very proud to be a year 2002 graduate from the M.I.T./YEO/Inc. Magazine “Birthing of Giants” program.

Before starting AESI, Marc taught college-level computer science and math and worked for several companies. His combination hardware/software forte and his true passion for technology, along with his communication/people skills yielded him into challenging positions at places like GTE, Lockheed-Martin, and Hewlett-Packard (now Agilent Technologies), Motorola, and several start-up companies. Marc’s ability to work closely with both hardware and software allowed him to dissect complex problems very quickly, therefore allowing him to get involved in high-level big picture situations very early in his career. Marc has spent the majority of career in the satellite and ground station defense sector, instrumentation for computer controlled specialized testing systems, along with automotive, telecommunications. Marc has a strong passion for technology and takes his major life goal very seriously…”making the world a better place”.

When not working as President and CEO of AESI, Marc enjoys water skiing, SCUBA diving, jogging, skydiving, and spending time with his two kids.